Thank you. We have sent the property details to your Friend.

Thank you. We've received your request to view this property 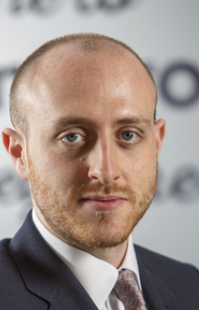 In 2005 we acquired this 43.14 acre/17.46 hectare site on a joint venture basis for Bovis Homes and Persimmon Homes on a strategic long term option from the Colyer-Fergusson Charitable Trust.

At the time the option was entered into, the site was protected as an existing green grid site. Releasing land from a protected designation for development is a considered process.

There needs to be strong reasons why it makes sense to do so. We were aware that Gravesham were behind on their housing targets and that this was likely to remain the case. There were also a number of other reason why if land was to be released for housing need it made sense for it to be this land. Hence there was a strong likelihood the land would be released.

Promotion took place over time with the case made that the land should be released for development. This site was not Metropolitan Green Belt and the Green Belt boundary does not begin until the South side of the A2 motorway. This combined with the need or new housing in Gravesham resulted in Gravesham Borough Council, with advice from the Planning Inspectorate and Government, allocating the land for development as part of their New Gravesham Local Plan Core Strategy at the end of 2014.

Bovis Homes and Persimmon Homes subsequently submitted a planning application to develop part of the land for new 400 dwellings with 30% of which being made available for affordable housing. Planning permission was granted in June 2015. Bovis Homes and Persimmon Homes then set about finalising the S106 with Gravesham Council, working up the detailed design and completing the purchase of the land from the Colyer-Fergusson Charitable Trust which should take place in the Spring of 2019. Our New Homes Division are liaising with Bovis and Persimmon Homes and it is anticipated that completed units will be available within the new development towards the spring / early summer of 2020.

We do far more than simply letting and selling commercial properties, investments and development sites. We put together all manner of mixed-use and development projects.

Explore the areas we serve – from parks, entertainment and transport links, to shopping, eating and drinking.

Whether you’re a first time buyer, or a seasoned investor, we are here for your property journey. Wherever it takes you.