Brought to you by

Staff went above and beyond to help me sell my property, especially Franco, supporting my sale both before and after the offer, and while dealing with the legal matters. They were always prompt in their responses, professional and helpful at every stage, and provided invaluable advice and support through a difficult sale. Their efforts on my behalf were very much appreciated.

The knowledge of the local market that this team has makes a huge difference. Thank you all at Acorn for a friendly, professional and most importantly effective service. If you think high street agents aren't worth it, think again, I would strongly recommend the Catford team.

Very good and quick service. The letting agent was very helpful. Pleased with the overall experience.

Very professional and communicated throughout the process. I now have great tenants at a higher rate than expected.

We had a great experience buying through Acorn in Catford and in particular Franco who was the agent on our purchase. He was regularly in contact and responded quickly to any queries we had. He was particularly brilliant right near our exchange when we had lots of trouble (not with our seller but further up the chain). We were in contact 4 or 5 times daily and got regular updates and he liaised with solicitors and other agents to push things forward on our and our seller's behalf. He went above and beyond and I think helped to ensure our chain did not fall apart!

We Had our 2 bed Flat listed originally in April after meeting with Richard.
His knowledge of the area seemed second to none paired alongside his enthusiasm and realistically achievable pricings are what made us decide to use acorn.
We had 3 viewings even before the house was listed on their website and even had a full value offer!
Unfortunately, the buyers pulled out unexpectedly, and with no real reason given!
As you can imagine, this was extremely stressful, but Richard came round (at extremely short notice) to get the pictures done. This actually did is a favour because the garden was in full bloom by this point (every cloud and all that)!
We had 3 more viewing within 48 hours of the flat being back on the market and received an offer after a second viewing.
I am happy to say that we have completed, and to be completely honest the only stress of any part was caused by something that no-one could have prevented.
I know that I have already mentioned Richard in this review, but every member of this branch is a credit to their industry.
Paige, Franko, Richard were all excellent when we needed them, but I have to personally credit Luke (who was my main agent).
Every point of every detail was relayed to me promptly, and would often phone if I hadn't responded to an email.
I could not have been happier with the service that I received, and I would recommend them to anyone in a heartbeat.

We purchased a house through the Catford branch very recently with Franco (Arikson) and he has been so helpful, always responsive and on the case! It has been a very difficult and very long chain through no fault of Acorn's. It would have been extremely painful had Franco not been so helpful, honest and proactive in making sure all the different people were on the same page. Thanks Franco!!!

We were first-time buyers new to the Catford area and had a great experience with Acorn - especially Arikson Franco. He was professional and friendly throughout and especially honest during the viewing process which was appreciated. He went above and beyond to liaise with solicitors and push things along, especially when we were nearing the end of our rental contract and needed a quick exchange. Highly recommend.

What an experience! I approached Acorns with a property to sell. And I must say, their service was absolutely fantastic. They got me two very good offers within a couple of weeks. And they worked really hard to push the sale through quickly. I donât normally write reviews, but the service I received was so good that I am writing this review as a way of saying thank you, particularly to Franco and Richard. 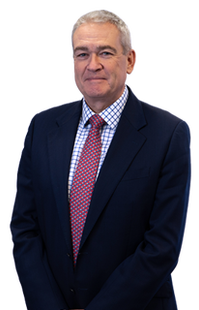